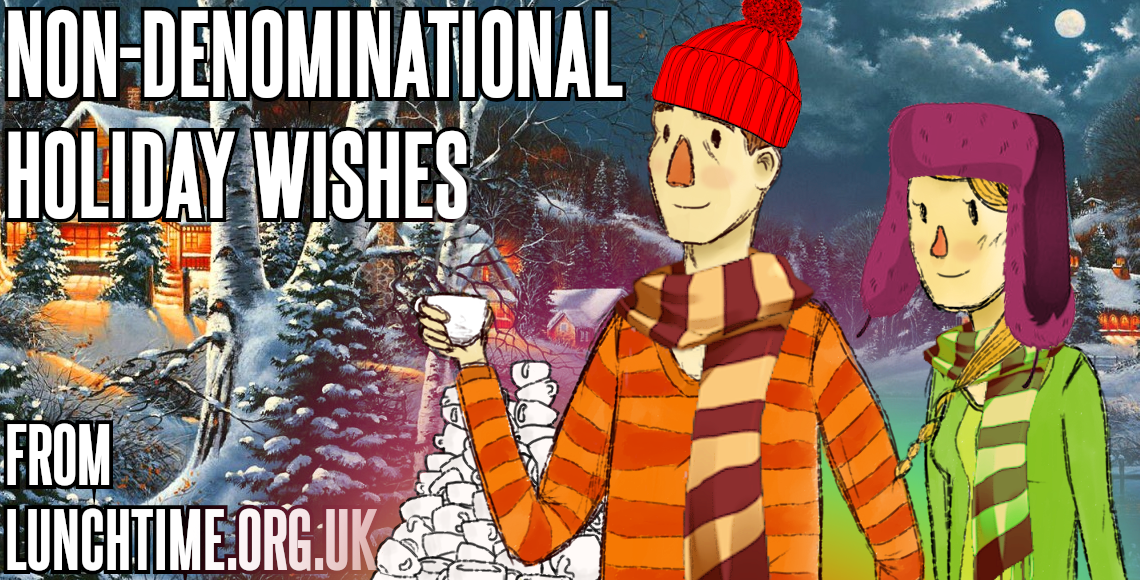 ‘Twas the night before a non-denominational holiday, when from near and to far
Not an engine was purring, not even Graham’s car;
The motors all parked in garages with care,
So as best to protect from the cold winter’s air;
Graham was nestled all snug in his bed;
While visions of spark plugs danced in his head;
Snuggled up warm in his winter bedclothes
He was always so greatful for proper repose,
Then out on the drive there arose such a roar,
Graham sprang from his bed to see what was the score.
Away to the window he shot like a hare
Tore back the curtains to see what could be there
The street lights producing an adequate glow,
Allowed him to witness his driveway below,
And what to his bleary red eyes did appear,
But a white unmarked van that was revving in gear,
With a weathered old driver so greasy and slick,
Graham knew that this man must be a mechanic.
He rang of the bell, Graham opened the door.
And he listed the parts he’d been asked to procure:
“Buy Pinion! Buy rack! Buy recirculating ball!!
Buy tyres! Buy jack! Buy intake mannifold!
Realign my steer-ing! The tracking is wrong
The size of my arm, the list’s just as long
So i’ve arrived here this eve to work on your car
To give it an oil change and fit a sway bar”
So into the garage the two men did tread
With arms laden with parts, the mechanic was led
He wore overalls, stained and covered with oil,
And his hands were all calloused from long years of toil;
A box of his tools he placed down on the floor,
In the boot of his van: nuts, bolts, gaskets and more.
His eyes appeared weary! his hairline was thin!
His jawline was stubbled, zits sat on his chin!
His furrowing brow drew an unbroken line,
The wrinkles of his skin marked his passage of time;
The butt of a ciggie hung loose from his lips,
And the smoke, its smell mingled with fried fish and chips;
He had a plain face and quite the beer gut
Not an inch of his skin was not covered in smut.
He was gristled and cold, a right crotchety chap,
“Well, I’ll leave you to it”, Graham said with a clap;
A snort of his nose and a jerk of his head
As if to agree Graham should go back to bed;
He spoke no further word, but went straight to his work,
Although Graham could’ve sworn he heard the man mutter “burke”,
Through the rest of the night there came banging and clatter
Graham kept up his slumber, the noise didn’t matter
Despite all of the ruckus, he slept sound as a log
Knowing that come the morning every screw, every cog
Would be perfect and tuned as he always had hoped
Without air suspension, he wasn’t sure how he’d coped
And so, come the morning, before breaking his fast
Graham went down to enter the garage at last
And there what he beheld brought a tear to his eye
His chariot was perfect, he couldn’t help but cry
“Job’s a good’n mate”, the mechanic declared
“Now there’s the matter of the bill, I’m sure you’re aware”
Graham reacted, without missing a beat
Tore his gaze from his auto so the men’s eyes would meet
“Write up an invoice, for parts and labour time”
“Send the bill to my workplace, it’s on company dime!”