According to twitch tv’s new rules, under no circumstances are you allowed to post, or discuss, the following emoticon: 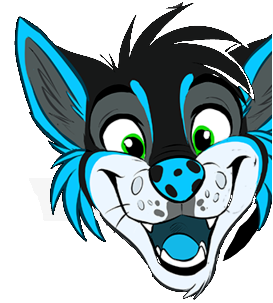 Or the circumstances by which it became a twitch emoticon. Doing so is punishable by a visit from the internet police.

PS: Fur give and fur get, that’s what I say.

My eyes are bleeding ;-; y u do this cats

I will stab you with a rusty, knife dipped in waffle batter Cats. For medicinal purposes of course.

the best part is that twitch says they removed it because “the fursona in question appears to be underage.” yes THAT is the issue here

It’s a cat cartoon. A FUCKING CAT CARTOON?!! What?!

wait wait, what? why is fursona emote part of twitch anyways

welp nevermind. found out.
You weren’t kidding about the internet police.

and I mean it: its a stupid debate, both sides, start to finish, and I would hate to see this site be dragged into any continuance of it.

Twitch employees can tell it’s underage because twitch is run by underage furrys.

What is this I don’t even–

http://i2.minus.com/iQRo7FHE9MWUL.png
More info about it also buy this
http://www.redbubble.com/people/dickoak/works/11143308-removed-horror
tldr the admin was a cunt since a long time so the whole furry thing gave us the occasion to backlash, he’s “fired” from twitch now and leave the 3rd dec :D

Judging by wording in the end, he could still be part of Twitch staff.

good.
Welp, Doak, are you not banned from twitch anymore because I would enjoy seeing you