Lawyer Guy: Defender of Justice is now on Steam 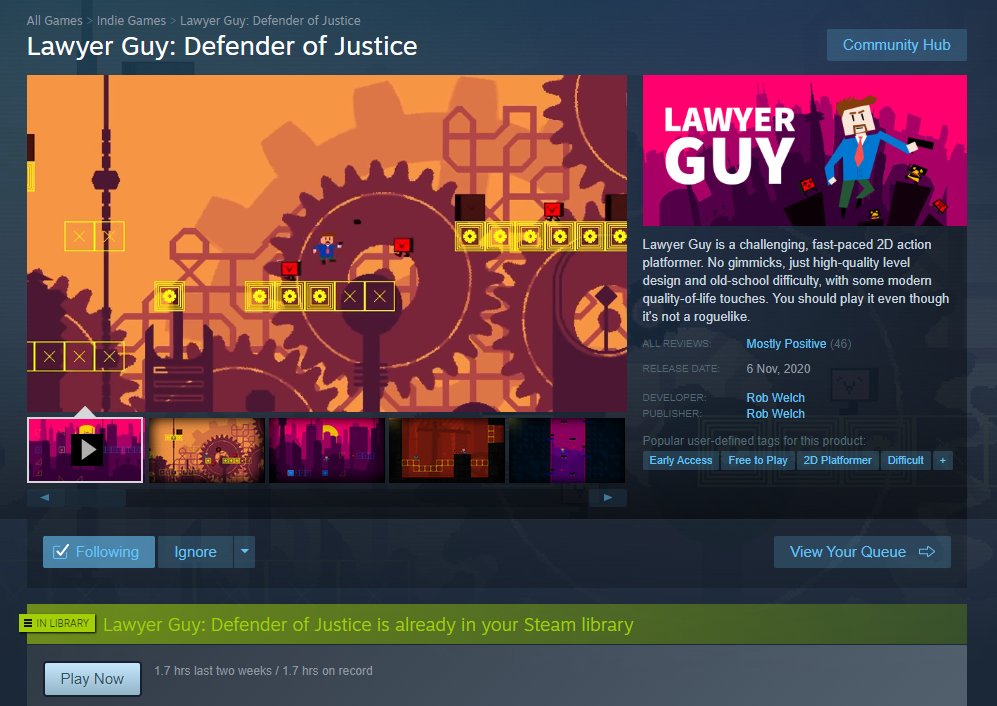 If you don’t keep up with the news on every other social media we use (mainly Discord; if you want the latest news and memes pertaining to us then you have to be there, really), then you may have missed the fact that Catsman has released a build of Lawyer Guy: Defender of Justice to Steam.

This build only contains one level for now, but Catsman is planning on adding them all there eventually. You should follow the game for updates, if you want to know when the latest updates arrive.

Anyway, download it and see if you can beat my PB. 172 seconds with no health pickups, no deaths and no checkpoints.

You can get all of the released levels on itch.io

Catsman often streams his game dev to our twitch channel so keep an eye out for that.