The GLA is a gaming stream made for gentlefolk, by gentlefolk, from gentlefolk. It was created to be a friendly gaming community without the drama, elitism and general bad vibes that gaming streams were often afflicted with. Almost five years later, we’re still going strong! In fact, we’ve outlived most of our competitors, The Penny Arcade Report, Blockbuster Video, Woolworths and Margaret Thatcher.

We don’t really have any rules, but you’ll fit right in as long as you’re polite and gentlemanly. Thank you!

Hello. I am Catsman. I know of many languages and can roll my tongue. I tend to stream horror games, Megaman, Zelda and Cave story a lot.

I’m a tiny Swede with a weird first name who loves frogs, chicken nuggets, Castlevania and frogs. I’m pretty sure I’m also the only one on this planet who still loves his PSP. I am just a guy that likes video games, if I was a archetype in the Hollywood film of the year I would be the guy who appears to give the main guy morale support and show him that people like me will be there for him, also I probably die off screen.

About the games I play. I believe if you stick with a single genre then you are going to miss out on so many games, I do my best to play many different games of all kinds and I always give 110%. I’m the resident German streamer, and I love video games! Especially Nintendo games, which is why I usually stream those.

I mostly stream stuff from the N64 and Gamecube department, sometimes NES, SNES or even DOS games. It’s generally safe to say that most games I stream are emulated.

I’ll mostly be around in European afternoon / evening, so keep an eye open. Things I like to do: eat kebab, watch pro wrestling & basketball, yell at mao, dress up as a skeleton, co-host the podcast, drink heavily

People I hate: indoor smokers, seth mcfarlane, people at parties who open cans of beer or cider then forget that they did and leave them sitting around half-full, tim burton, 4chan

ZMansJams, Smajsnamz, ZedMansJams, Semen, Space Jams, Jammies, and any other name you want to call me :D That’s my turtle he plays fetch!

I’m ZMans. I do ZMans things sometimes. I enjoy doing ZMans things!! I’m the Boshy. Okay stop reading go talk in the chat now please, possibly to me! ACTUALLY, for sure to me because I want to talk to you!!!!!! Zayde was born and raised in the marshlands of Florida by a wild group of alligators. At the age of six he was drafted into the Nintendo army and spent most of his early years playing SNES, GB, and N64. His first Zelda game was Link’s Awakening and he sucked pretty hard at the Mario games. Since then Zayde has retired from the console wars and lives out his days just sitting back and not worrying about the console you play your game on. All that really matters is that the games you play are fun.

Zayde doesn’t have a capture card and his computer is pretty weak so he sticks to streaming older titles for stuff prior to the GameCube and PS2 era and the occasional indie PC game. Some of his favorite games include Legend of Zelda, Bioshock, Shadow of the Colossus, Kingdom Hearts, and Ratchet & Clank. He can usually be found streaming in the late evenings of the EST time zone.

Crystalis178 plays videos games when he isn’t sleeping. Legends say that he was born with an NES controller in his hand. He grew up on Crystalis, StarTropics, Super Mario Bros, and Legend of Zelda. When not saving princesses, trading hats, or collecting more items than the people on television’s Hoarders, Crystalis178 is probably still trading hats. Personally favored moments while streaming have included “The Green Demon Challenge”, going retro on Runescape, and feeding a baby squirrel named Scout from a syringe. Crystalis178 (or Alex to his friends) tends to stream from the NES, SNES, N64, and Steam.

Crystalis178 can be reached on Skype, AIM, Mumble, and Steam under the same alias.

Reinforcements have/has arrived! Reinforcements is prone to disappearing for weeks at a time with no explanation (it’s always school related). When he is around, he enjoys creating grammatical quandaries with his username. A gamer since the Sega Genesis days, he most enjoys N64, Game Boy, and PC games. Some of his favorite games are Metal Gear Solid, Fire Emblem, Banjo Kazooie, and STALKER. Planned streams include Space Station Silicon Valley, STALKER, and by request; himself eating dinner. He’ll get around to those eventually. In the meantime, he can be found on Steam as [GLA] Reinforcements.

Forrestdumps is the mythical brother of the elusive ResonanceFactor, and made his debut as Resbro in the LA Nowhere stream centuries ago. Born with bushels of granny smiths in his pantaloons, he set out into the world to fight giant robots and harness b-ball energies, to be the best at videogames. He is the coolest, most notable black male on GLA according to one of his millions of fans. He has streamed LA Noire and Metal Wolf Chaos, and is close to finishing Barkley: Shut Up and Jam : Gaiden. This majestic creature prefers to stream plot driven games with little to no voice acting. Especially RPGs.

Hey peeps. you guys all know me pretty well. not much to say. I’m a guy who loves video games and at the risk of making this sound like a sketchy dating website profile i wont go much more into details! I can’t think of anything else to say tat you guys don’t know. Hmmmmmm……………I enjoy cats! My favorite colors are grey and orange. Mango is my favorite fruit and I drink up to 6 cups of tea a day. Not counting iced tea. I have journeyed great distances from mars to Pluto from Hell to Heaven. Until my powers of teleportation were taken by a inter-dimensional beast know as , Garland, Builder of Worlds. He saw how i told astronomers on earth that pluto was a terrible tourist destination. Garland Disliked this for he owned most of the tourist business on pluto. So he strip me of my teleportation powers and trap me here on earth with no transportation. So now I am planing my revenge on Garland, but that will be a while and I need a pastime so here I am playing video games on GLA. 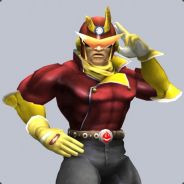 This is an example of Specs

Dr Specs Acula, at your service.

I’m gradually moving closer to taking control over the entire GLA and Catsman was finally tricked into giving admin rights to me: Specs.
I do a lot of our video and podcast editing. I also stream a lot on our twitch channel.

I’m often seen streaming meme games with Woolyshambler (eg. Shenmue), Weeaboo games with Zekusu, Capcom games with Shinymissingno or generally some Nintendo Shit if I’m on my own.

Here’s a youtube channel filled with my awful meme videos