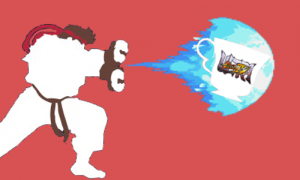 I have a good feeling about this.

Steam ID: LordRamal (I think? fuck it, you have my steam account mitch, you know what it is)

How can I be sure that the names will be drawn from an actual fedora?

not to fear ramal i will stream the fedora name pulling

I am ready to win

Me and Dudley are ready for free games

I mite as well lose now but whatever
Steam ID: Gosp

I have always been thinking of running a fighting game tourney on the gla. So count me in, now I have to actually practice instead of mashing buttons against my flat mates.

Also what date will we be playing? Because I have a bunch of university exams in may.

What’s up guys Animitch here, today I’m going to get my ass handed to me in Street Fighter

You might as well just give the game to n00blet and save yourselves the trouble.

Count me in, yo. I should be free for either weekend.

I agree. http://steamcommunity.com/id/analsyst yes it is the actual URL.