Happyman, Mao, Moogle, and Mitch on camera at WWE Raw

Ramal was there in spirit as well. 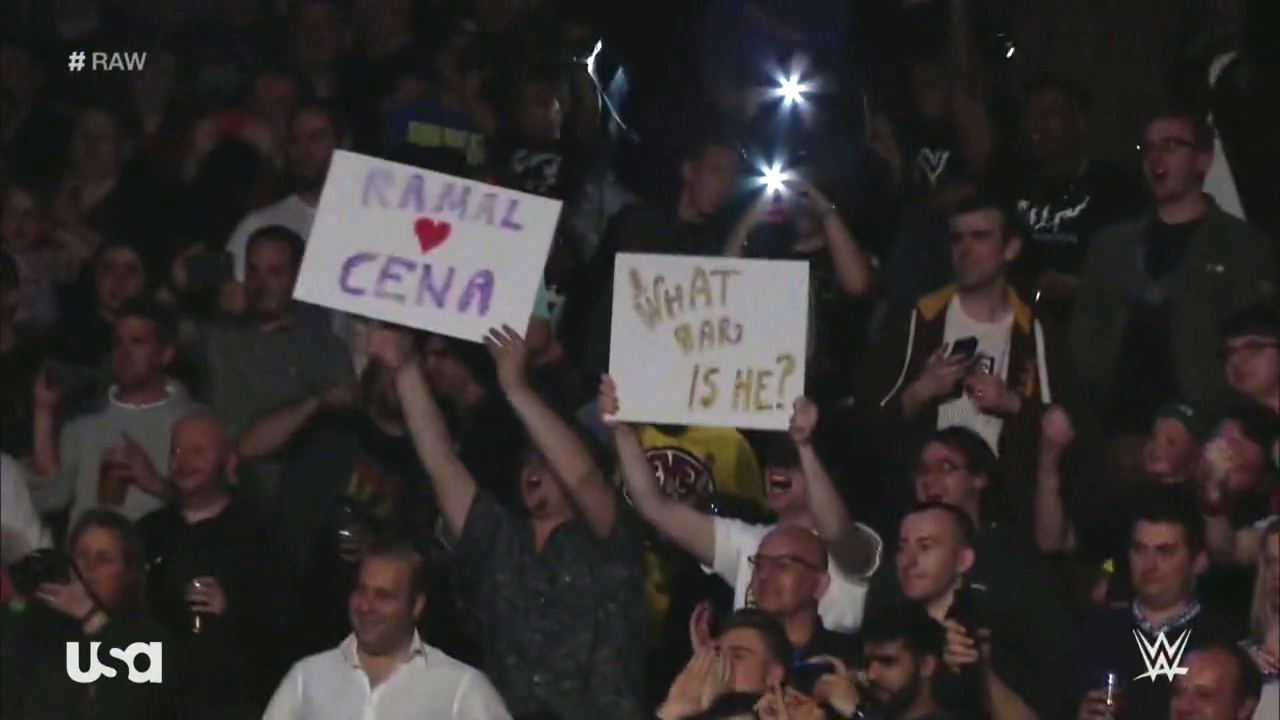 Foodpocalypse 2015 – Battle for the Stomachs Gentlemen, please prepare for a test of gastric fortitude like no other – an eating competition between GLA stalwart Happyman and regular liar and scoundrel Animitch. Who will win? Who will lose? Will anybody win? Does anybody win in a competition like this?

Here are the rules: two contestants, 20 foods. Each food is allocated a single digit. A twenty-sided die is rolled 3 times.  The items that come up are combined into one culinary abomination. Both contestants must eat the abomination at the same time. The first person to surrender or puke is the loser.

Because of the notoriously awful stench of Surstromming, if it is rolled it will be opened, eaten by itself with no combinations, then thrown away and replaced with peanut butter. We are letting YOU fine people predict the outcome of the match. The prediction categories are:

The loser of the contest will buy the betting winner a Steam game under 20 euros.

We will be streaming some video games from 5PM British Summer Time onwards, and we will have the eating competition as an intermission at around 7PM. Please be there, as both participants will be making great personal sacrifices.

Hello! First, it would help Happyman if you could fill out this survey, which we forgot to attach to the last podcast.

Second, let me clear up some confusion about Twitch rules:

Sorry, but making sure that our Twitch overlords are satisfied is my #1 priority, and all ideological priorities come below that. Thanks for understanding.

If you’re unsure as to whether you should stream a game on Twitch, you can always ask Twitch yourself. If you want to stream an ‘unstreamable’ game, then use GLA After Dark. Hit me up on steam or by email (come@mebro.co.uk) for access, if you don’t have it.

Also, I have been busy this weekend (and am still very busy right now). But I still have a few stream keys to regenerate, please bear with me, I really really need some sleep right now.